The keynote speakers for the 5th International Conference of Recent Trends in Environmental Science and Engineering (RTESE'21) will be announced shortly! Thank you for your patience.: 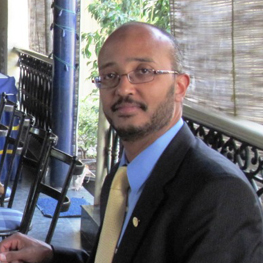 Dr. Amin Elshorbagy, a professor of hydrology and water resources engineering at the University
of Saskatchewan, is a licensed professional engineer with the Association of Professional
Engineers and Geoscientists (APEGS) of Saskatchewan. The research and expertise of Dr.
Elshorbagy are focused on, and link, the areas of hydrologic and water resources systems modeling
and decision analysis through synthesizing the results of various modeling tools and techniques to
support the decision making process. Dr. Elshorbagy also works extensively on integrated water
resources management of trans-boundary rivers, attempting to address the challenges of
sustainable utilization of water resources in light of the past hydroclimatic conditions as well as
possible future changes. Water-energy-food nexus is an emerging, central theme of Elshorbagy’s
current research as the second-generation approach of managing integrated resources, including
water. The areas of expertise and interests of Dr. Elshorbagy include system dynamics and
emulation of complex models, stochastic hydrology, data driven hydrology, watershed modeling,
flood modeling in the Canadian prairies, uncertainty analysis, multicriterion decision and risk
analysis, impact of climate change on water resources and urban systems, and use of proxy records
(tree rings) for extending hydrological records. Amin’s expertise led him to deliver invited talks
in several places in Canada, Europe, and Australia. Professor Elshorbagy is currently an Associate
Editor of the Journal of Water Resources Research and served as Editor of the Journal of
Hydroinformatics. He has been serving on technical and scientific committees of several
international conferences in water and geosciences. Dr. Elshorbagy was invited to deliver talks at
the University of New South Wales, Australia, University of Bristol, UK, University of Bologna,
Turin Polytechnic, and the Polytechnic University of Milan, Italy, and various Chinese
universities. He also delivered invited talks in International conferences, workshops, and to oil
sands industry and consortia. Dr. Elshorbagy convened several sessions in international
conferences in hydrology and geosciences, and served in the scientific and the steering committees
of several International Conferences, including Hydroinformatics, World Water Congress, and
International Committee on Irrigation and Drainage. He served as a referee for scientific grants
submitted to NOAA, NSERC, MITACS, and Chile Research Fund, and for several tenure and
promotion cases of professors at Canadian, American, and Middle Eastern Universities. He
examined Ph.D. theses in Canada, Europe, Australia, New Zealand, and Latin America. Dr.
Elshorbagy is well cited scholar and published over 150 publications in international journals and
conferences and supervised over 30 Masters, Doctoral, and Postdoctoral fellows. He worked with
municipal and provincial governments, and secured funding from all levels of government in
Canada, including NSERC, and industry. Professionally, Dr. Elshorbagy progressed and advanced
in academia by rising through the ranks and being promoted to Full Professor in 2009, only seven
years after he started his faculty career as a new Assistant Professor in 2002 at the University of
Saskatchewan.
To learn more about Amin Elshorbagy, please visit his website at: www.hydropyramids.com 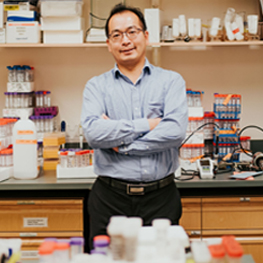 Dr. Jianbing Li is a professor in the environmental engineering program at the University of Northern British Columbia (UNBC). He obtained his PhD degree in environmental systems engineering from the University of Regina in 2003. He has research interests in environmental pollution control, petroleum waste management, contaminated soil and groundwater remediation, environmental modeling and decision analysis, and environmental risk assessment. He has produced more than 230 publications in international journals and conferences, with a h-index of 39 (Google Scholar). His research has been supported by a number of federal, provincial and municipal funding organizations. He obtained the 2013 Northern BC Business and Technology Award, the 2010, 2014 and 2019 UNBC Research Excellence Award, and the 2013 UNBC Achievement Award in Professional Practice and Mentorship. He also received several best paper awards from international conferences and international journal. He has served as the co-director of the UNBC/UBC environmental engineering program for 4 years (2013-2017). He has also served as a member of NSERC’s Research Tool and Instruments Selection Committee for Civil, Industrial and Systems Engineering, and the Board of Examiners with Engineers & Geoscientists BC (EGBC). He served as a guest editor for three international journals, and acted as a committee member for many international conferences. He regularly serves as a reviewer for many international journals and conferences as well as a variety of national and international research funding organizations.